FIVE insidefactory: how a made in Italy ebike is born 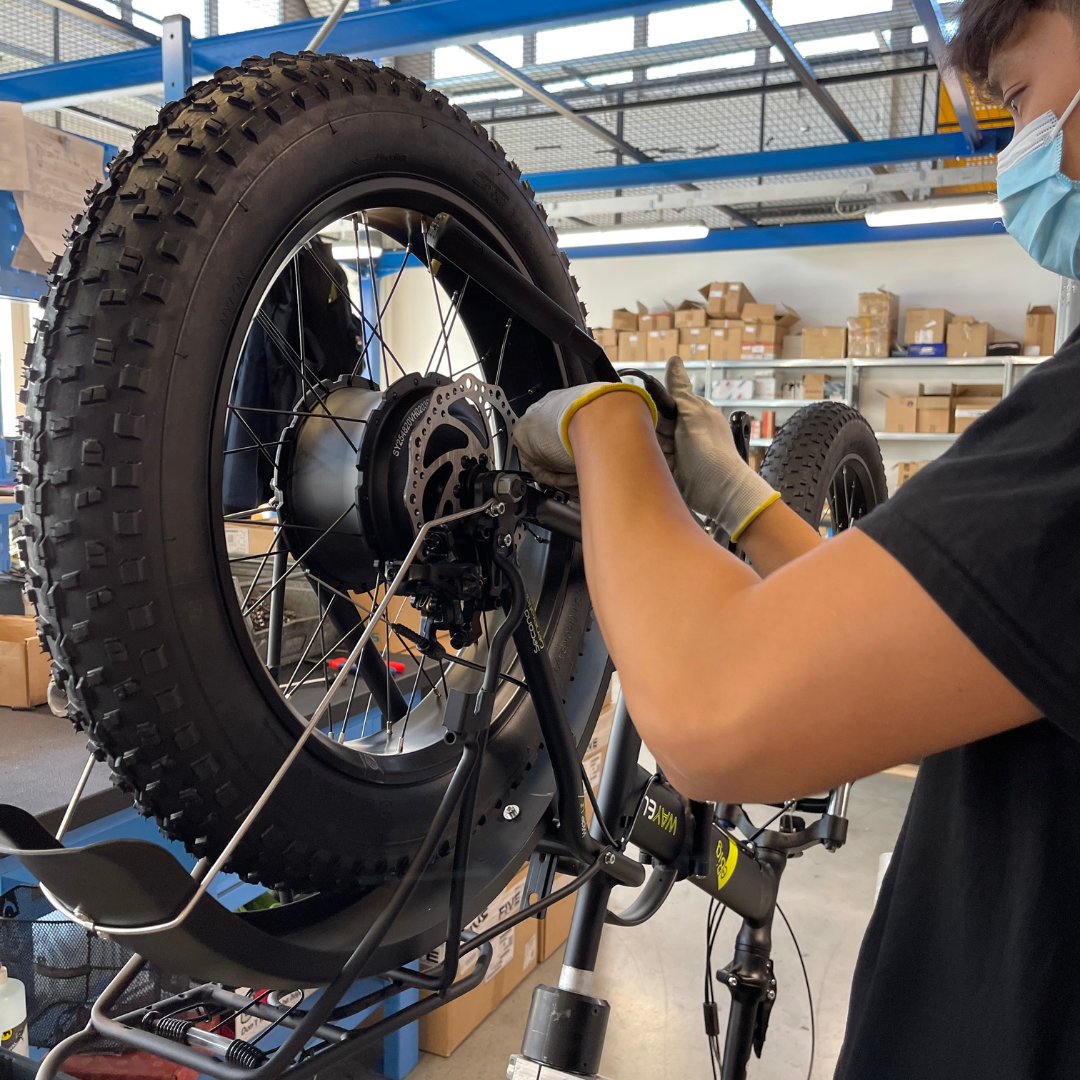 15 Mar FIVE insidefactory: how a made in Italy ebike is born

Posted at 12:02h in News by Fivebikes

Discover with Bicycle Retailer how Italwin and Wayel ebikes are produced in state-of-the art FIVE factory in Bologna, Italy

FIVE is an acronym for Fabbrica Italiana Veicoli Elettrici (Italian Factory of Electric Vehicles) and was not born by chance in Bologna, it is in fact located in a unique position in the World: we are in fact in the geographical intersection between the Bicycle Valley (Italy is one of the major European bicycle manufacturers) and the Motor Valley (in the Bologna area there are many worldwide famous motorcycle and car companies).
As unique is the history of the Italwin brand, present on the market for 20 years, one of the brands in the ebike sector with the longest history in the World.

As soon as you enter FIVE you immediately understand that you are in a remarkable place: a new and modern factory but at the same time with a long production experience. Featuring with a combination of industry and craftsmanship, wisdom in the hands of those who have worked here for years, which allows to create extraordinary products.

Let’s follow the production of a bicycle. Everything starts from the raw frame which is painted inside the factory. This is quite rare, in fact usually bicycle manufacturers buy already painted frames or delegate this operation to an external subcontractor. On the other hand, FIVE wanted to invest in making everything internally both to have quality control and to be flexible in the colors. The use of water colors remarks a commitment for a green environment with a beautiful final touch. The frame is first painted by hand by expert personnel who also perform a control action at the same time, for each piece to come out immaculate. The frames are then placed inside an industrial oven to dry them at low temperature and the decals are then applied. This phase is carried out strictly by hand as no machinery would be able to follow the curvature of the frame and make the stickers adhere perfectly. Subsequently, the frame returns to the operator for the drafting of the protective transparent layer and finally it is dried again in the oven.

The frames are then placed in a special overhead warehouse so that they are protected from dust and are recalled from the production area when the assembly is carried out.

The bicycles are assembled in different working areas, at the heart of the production line. A team of experts carry out the assembly line in synchronized phases. Each part is carefully installed and subjected to testing of the single piece. At the end of the assembly line begins a careful quality control. It is here that only bicycles that pass a series of rigorous tests are taken to the next stage (boxing). If an ebike has even a minimum defect, it is sent back to the technicians who will fix it before returning it to the quality control screen.

Once packed, the bicycles are stored in the modern automated warehouse where the position of each package is recorded and combined with the frame number.

Another wing of the company is dedicated to the production of battery packs. This process is not so usual for an ebike factory, in fact many companies buy already assembled battery packs from the Asia. FIVE has instead decided to invest in this internal processing as it recognizes the battery as the most valuable element of the ebike, in fact the battery is the real heart of the electric bicycle since it is constantly under strain. The cells that are purchased directly from the major players in the sector, in FIVE they are cross-checked one by one in order to discard those that are not in line with the high company standards; then follows the welding phase where the cells are welded together through a precise industrial machinery and then they are completed by hand by FIVE technicians. A further level of quality control is obtained with the final step which consists in connecting all the batteries produced to a special machine that performs a stress discharge simulation, in order to verify whether the battery is suitable for sustaining intense discharges.

Walking inside the factory and climbing the five floors of the office tower, you realize that not only FIVE’s products are green but also the way to manufacture them, in fact the company is completely powered by a photovoltaic roof that produces 257,000 Kw per year, more than enough to run the company all year round, including the painting oven.
FIVE produces for its own brands Italwin and Wayel: the first is the historical brand of the electric bicycle and is aimed at satisfying the needs of the current market, the second is instead characterized by models designed to explore new and growing segments.

Visiting the factory, one notices a fundamental asset of the company: the people. While machinery and structures are reproducible objects, what cannot be replicated is the skill and know-how of the people who work here. Knowledge handed down from the family context and from the territory that for decades has been focused on developing two-wheeled vehicles. That is why the place and the people here make a unique mix that will allow to create top of the range products.

FIVE has established its presence in more than 20 countries worldwide. If interested to become our next distributor, please email export@fivebikes.it or fill out this form and you will be contacted. 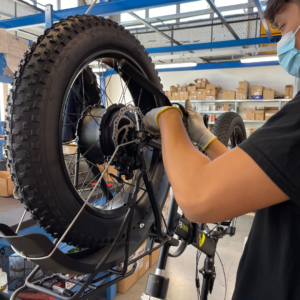 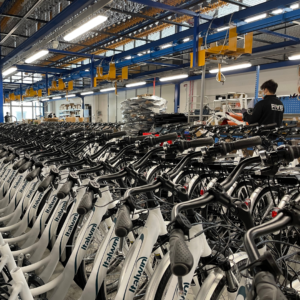 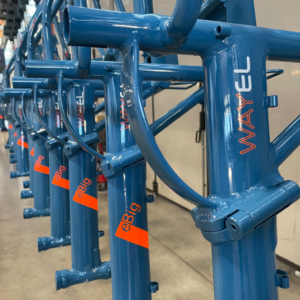 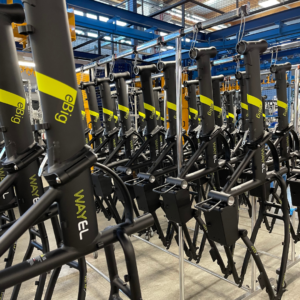 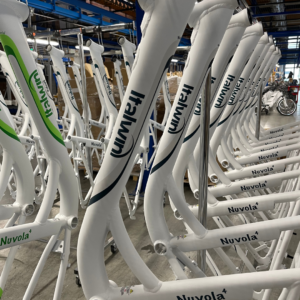 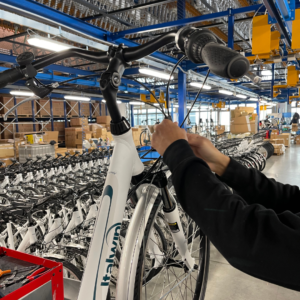 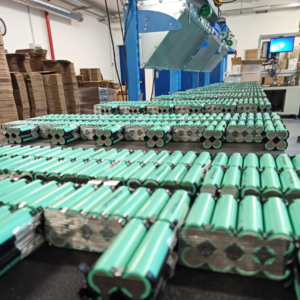 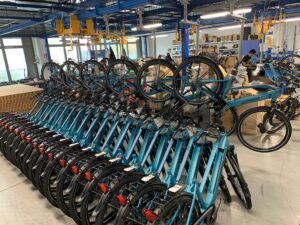